Well, after our successful rampage through the Brighton fabric stores in March it took me a while to get cracking on this navy creation for my daughter in law.  This dark blue wool fabric was from Fabricland and cost £3.99 a metre.  The dress was sewed in 1.5 metres but the fabric came before the pattern so we had to source our design accordingly.  The pattern was one from my stash of Patrones magazines which I will try to remember to post if I can ever find it again!!! 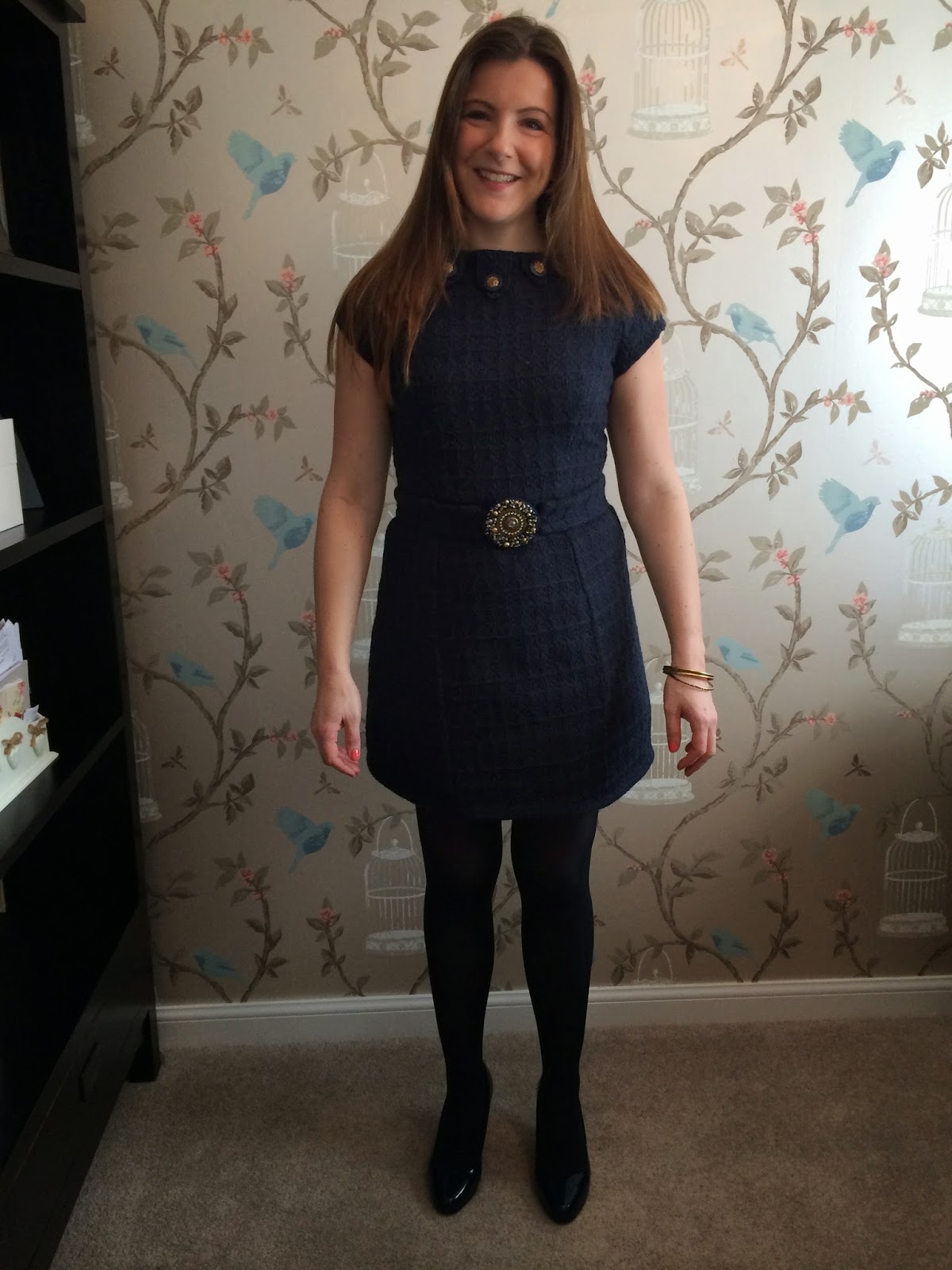 Why, I hear you asking, did I name my post spaghetti dress? Due to the loose weave the fraying was very unforgiving and each seam had to be oversewn after pressing (not that I wouldn't do that anyway) so it was a bit like working with spaghetti, but hey, it's got a lovely self pattern. 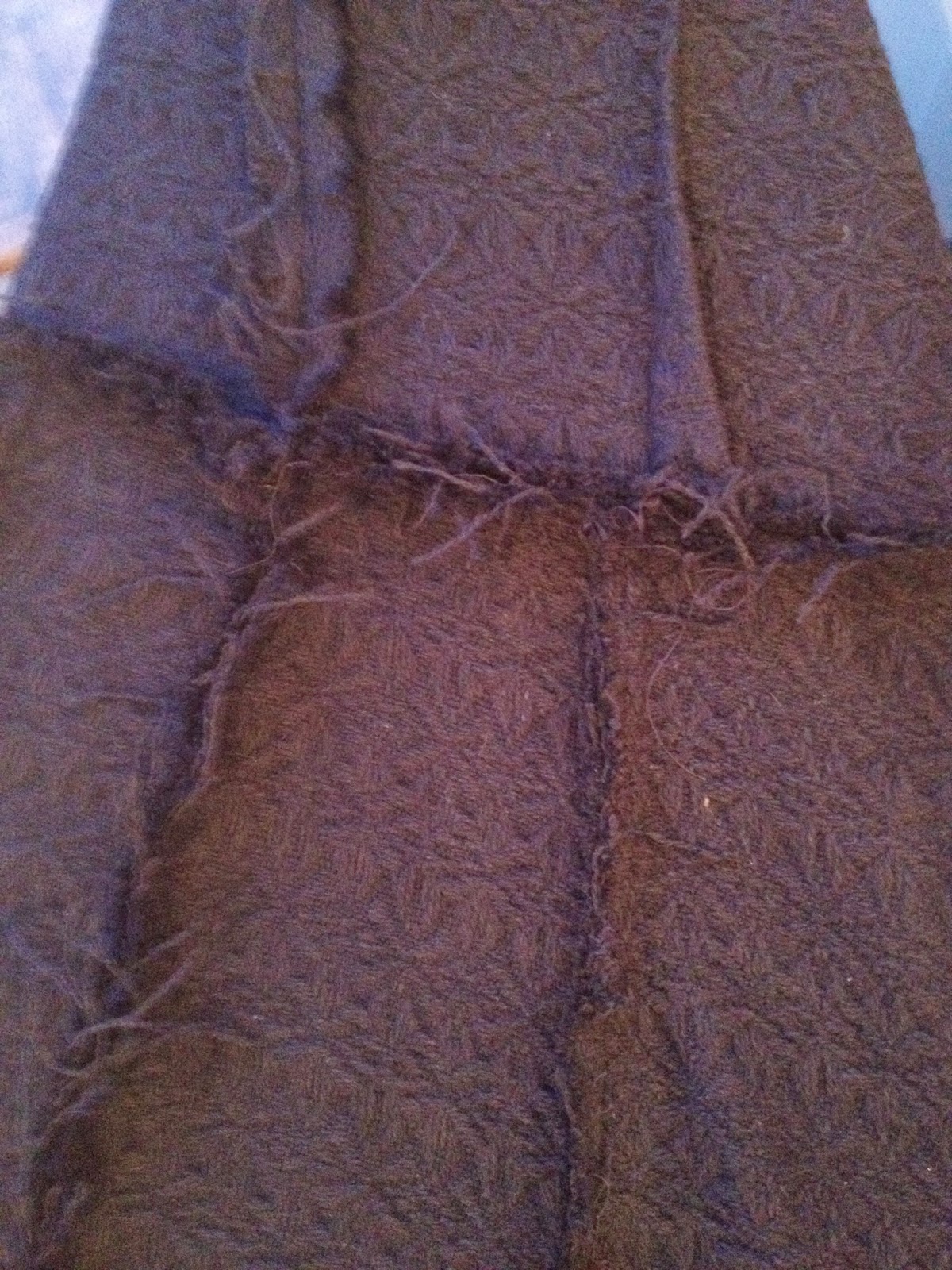 Lyndsey decided to go with an embellishment at the neck a la Karen Millen style.  I managed to source some buttons from a Dogs Trust charity shop that fitted the bill perfectly - Little Moo was happy I was able to help his friends too..    Here's before and after buttons. 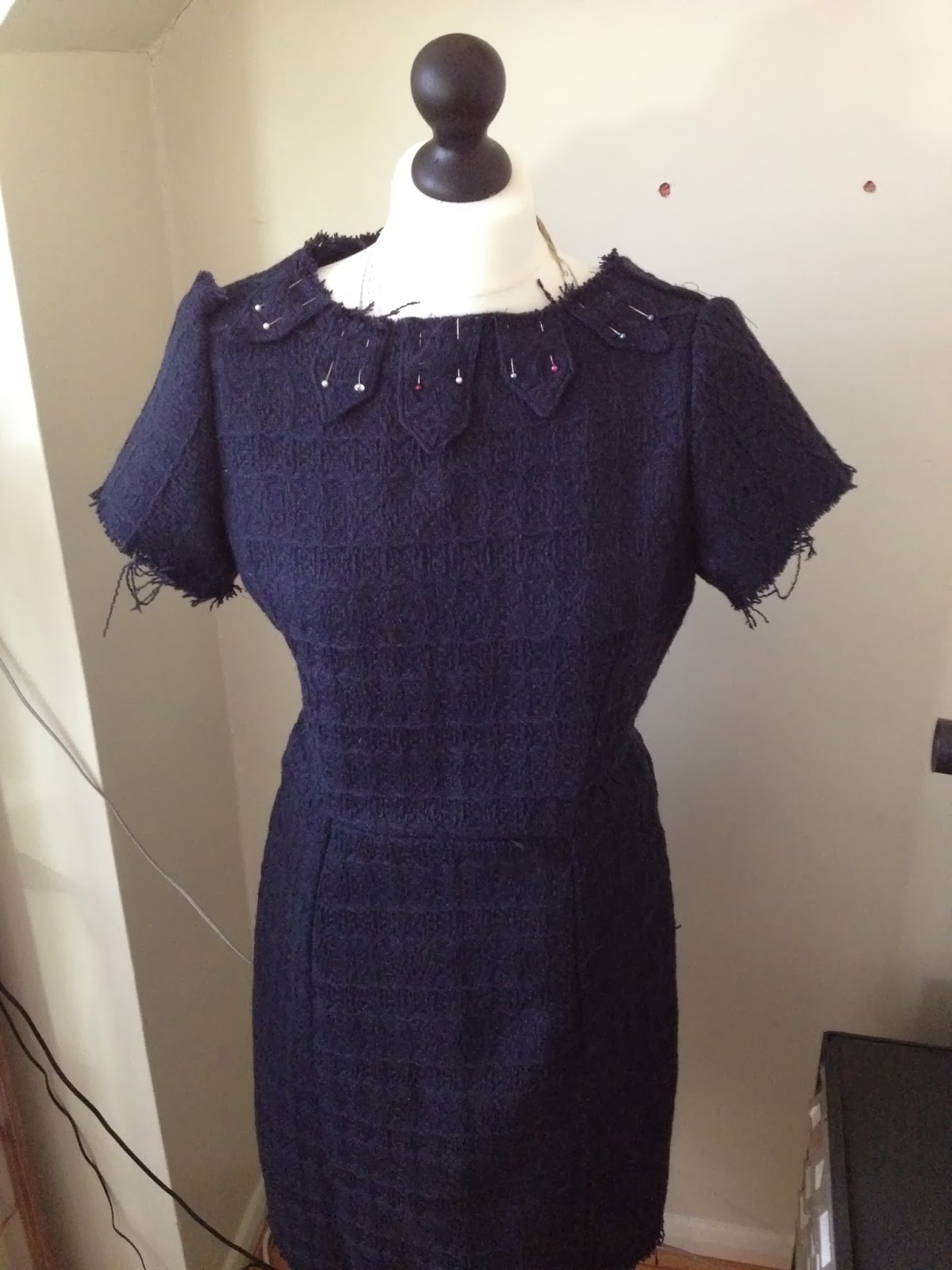 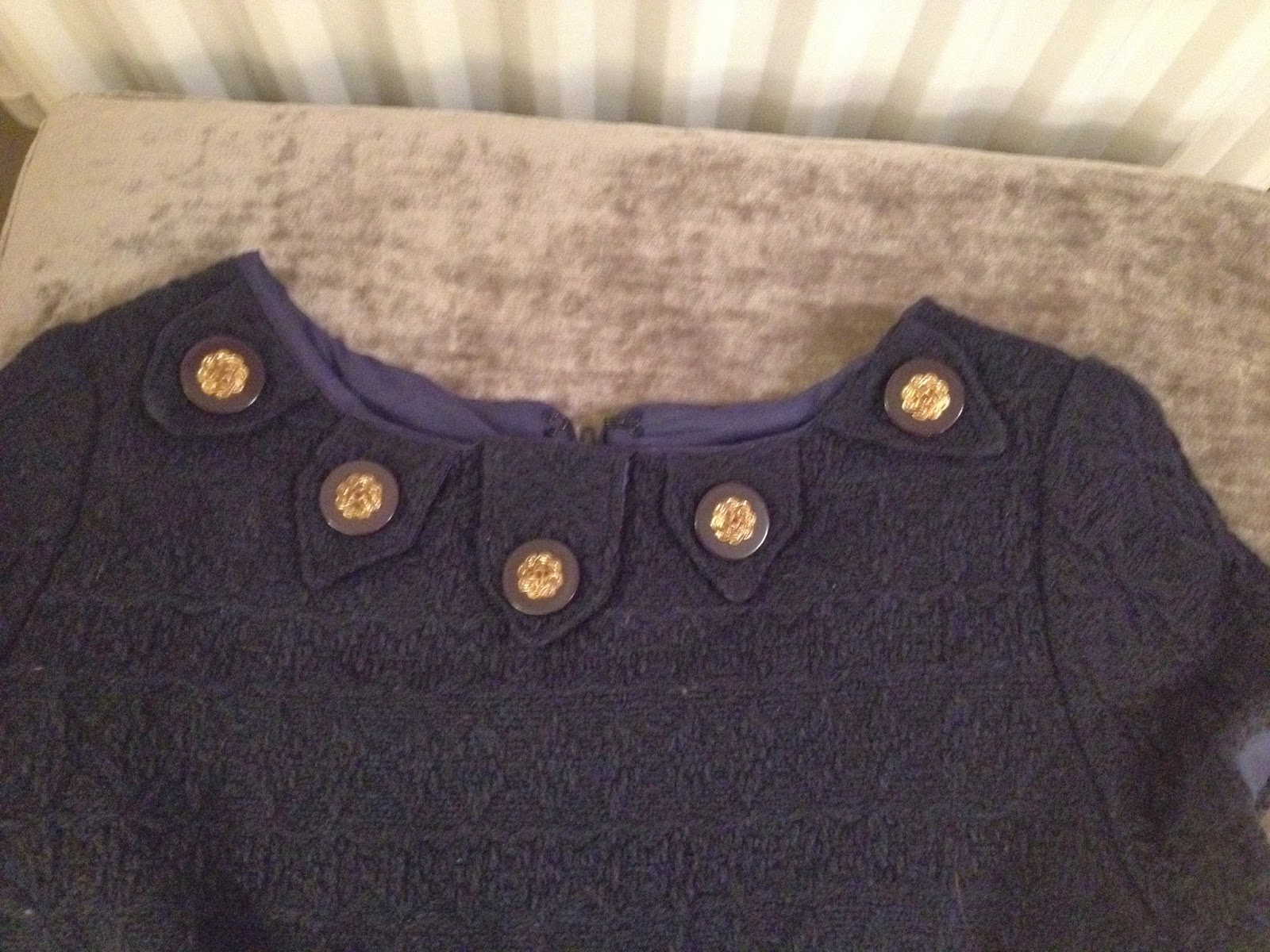 I decided not to make the skirt as fitted as the pattern due to the loose weave and danger of seams splitting apart (a lesson learned from a past mistake!).  The dress was lined with a navy lining  to give a sumptuous weight and make it comfortable.


As the thickness of the fabric and oversewing were creating bulky seams I also decided against embellishment at the waist and went for a belt instead. This was very satisfying creatively speaking as I hunted through my now nearly defunct bead stash to put together this belt closure which also doubles up as a brooch on its own, thanks to a catch on the reverse. 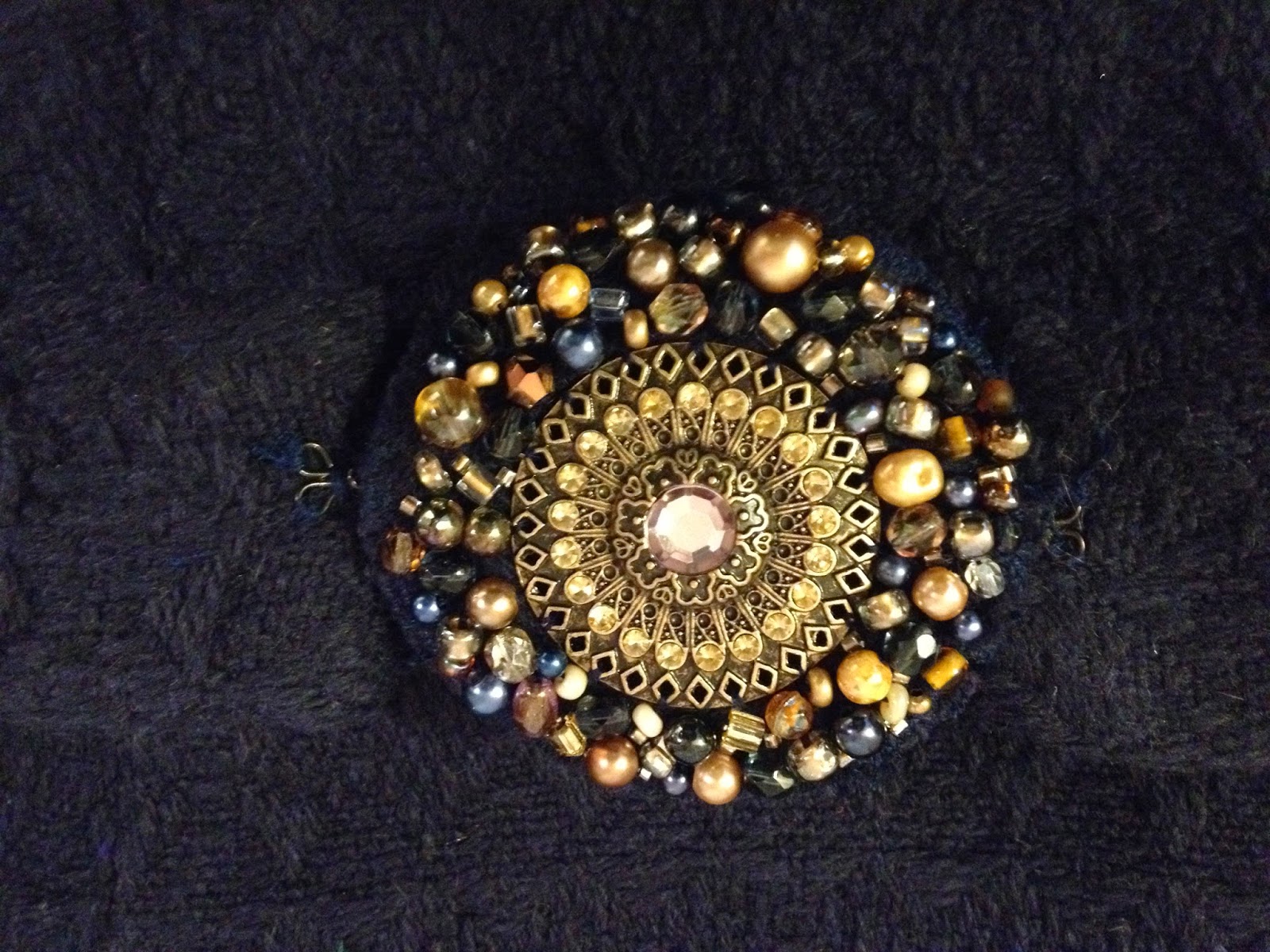 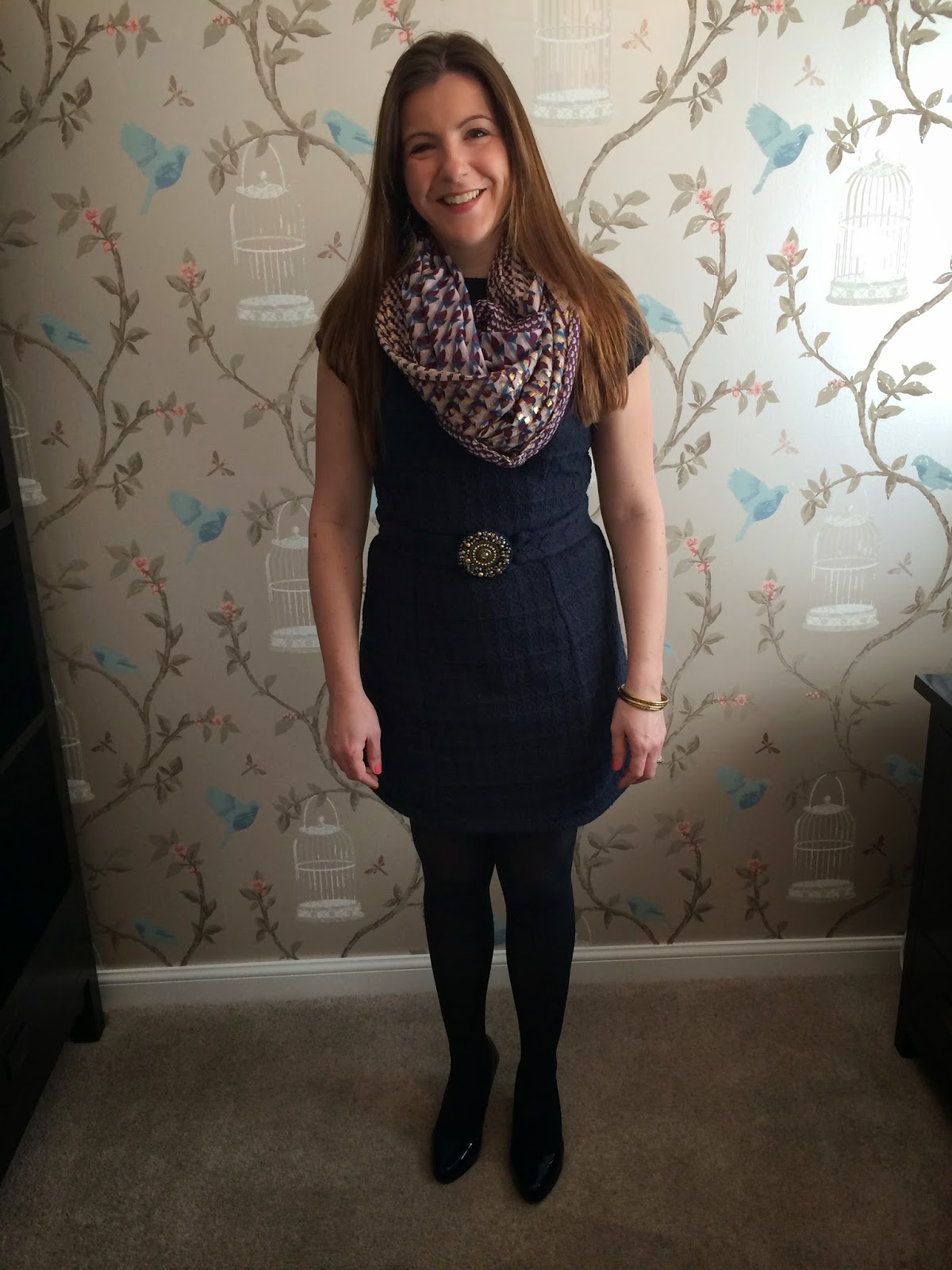 Thank you Lyndsey for being such a lovely model.

I'm Taking the Me Made May Challenge